The Team »
Our volunteer team, with a briefing of their background and profession. 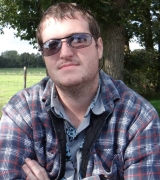 Founder of NATUREidentify, website designer and developer. A nature enthusiast that aims to preserve wildlife, and provide a natural environment for its inhabitants. A software and computer specialist. The developer of the Ziron Programming Language. 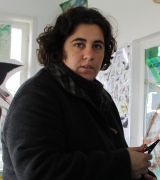 Since 2006 is a Research Fellow I degree, 2005 - PhD, doctoral thesis: "Shorebirds breeding biology of birds from the order Charadriiformes (families: Haematopodidae, Recurvirostridae, Burhinidae, Glareolidae and Scolopacidae) on the Bulgarian Black Sea coast." In 2002 - Award for best young researcher in the Section of BAS Biological science. In 1994 - School of Ornithology and Nature Conservation at the Bulgarian Ornithological Centre.

Between 1996 - 2010 works in the Bulgarian Ornithological Centre at the Institute of Zoology, BAS.

Author / co-author of 28 scientific publications (13 of them in Bulgaria, 15 abroad) and 13 scientific films for the series "Face to Face with Animals" by the Bulgarian National Television. Manager, Senior Expert and participant in 12 research projects (such as "Optimization of Natura 2000 and the scientific basis for its sustainable development", "Ecological studies of rare and endangered species," "Red Book of Bulgaria. Volume 2: Animals "," Protection of species and habitats in Bulgaria. Convergence with the European Union. Field inventories of wildlife in potential Natura 2000 in Bulgaria "and others) funded by the EU, GEF, Ministry, Bulgarian Ministry of Education, Academy of Sciences and others. 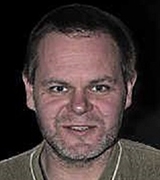 Recorder of numerous invertebrate species in Yorkshire, United Kingdom. Started back in 2001 with butterflies and dragonflies, expanded to include ladybirds, day-flying moths and a few other interesting species over the last few years. Recorded a few rare species (e.g. Cryptocephalus parvulus and Synanthedon formicaeformis), recorded new species to the area (e.g. Graphocephala fennahi), sending records to the relevant parties.

Promoter of eco-friendly practices, the usefulness of invertebrates in the environment and raising awareness of invertebrates through social media sites. Assisting with identifications, promoting macro photography to aid in invertebrate identification, and networking on sites to improve the understanding of invertebrates and the environment. Led a few events, informing people about invertebrates, how to find and photograph them. Also shown own photographs to several groups in an educational role, including for the RSPB, Leeds City Council and Yorkshire Wildlife Trust. Been published in several books and magazines, regularly published on various websites with images being used to aid in identification. Administrator of Facebook group 'Insects of Britain and Northern Europe' using it as a tool for raising awareness.

Passionate about wildlife, especially macro photography and currently trying to get to grips with hoverflies, mirid bugs and leafhoppers in the UK. 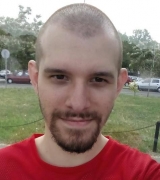 Miguel Leiva-Gomez
Business journalist, bug lover, and technology evangelist. Leiva-Gomez, aside from coordinating and writing columns for the media operations of some of the largest up-and-coming technology corporations in the world, has a soft spot for the intricate ecosystems that insects make up a part of. He spends most of his walks outside looking through bushes and other foliage for little critters he can snap a photo of and catalogue. His chief fascination with insects is how similar they are to autonomous computers with complex operating systems.